The forensic analysis described here and in a previous CropWatch article assumes the 3.7-day soybean node accrual upon V1 continues despite effects from off-target dicamba exposure.

To test this we compared the same soybean variety in an Xtend and non-Xtend version with off-target dicamba damage occurring to the non-Xtend variety. We used the Eastern Nebraska Research and Extension Center (ENREC) plot mentioned in this article where the off-target dicamba most likely occurred from dicamba application to a nearby corn field.

Do soybean plants continue to produce a new node every 3.7 days after being affected by off-target dicamba?

However, when the main stem apical meristem is killed, node production on the main stem ceases (Figure 2). The resulting loss of apical dominance will lead to those no-stem-tip plants generating branches at the lower main stem nodes.

The new nodal leaflets generated on those branches will gradually result in canopy closure, but the canopy height will be substantively shorter than normal.  Eventually, the elongating branches and their leaflets will cover dead main stem tips, such that you will not see the dead tips unless you purposely peer into that canopy. 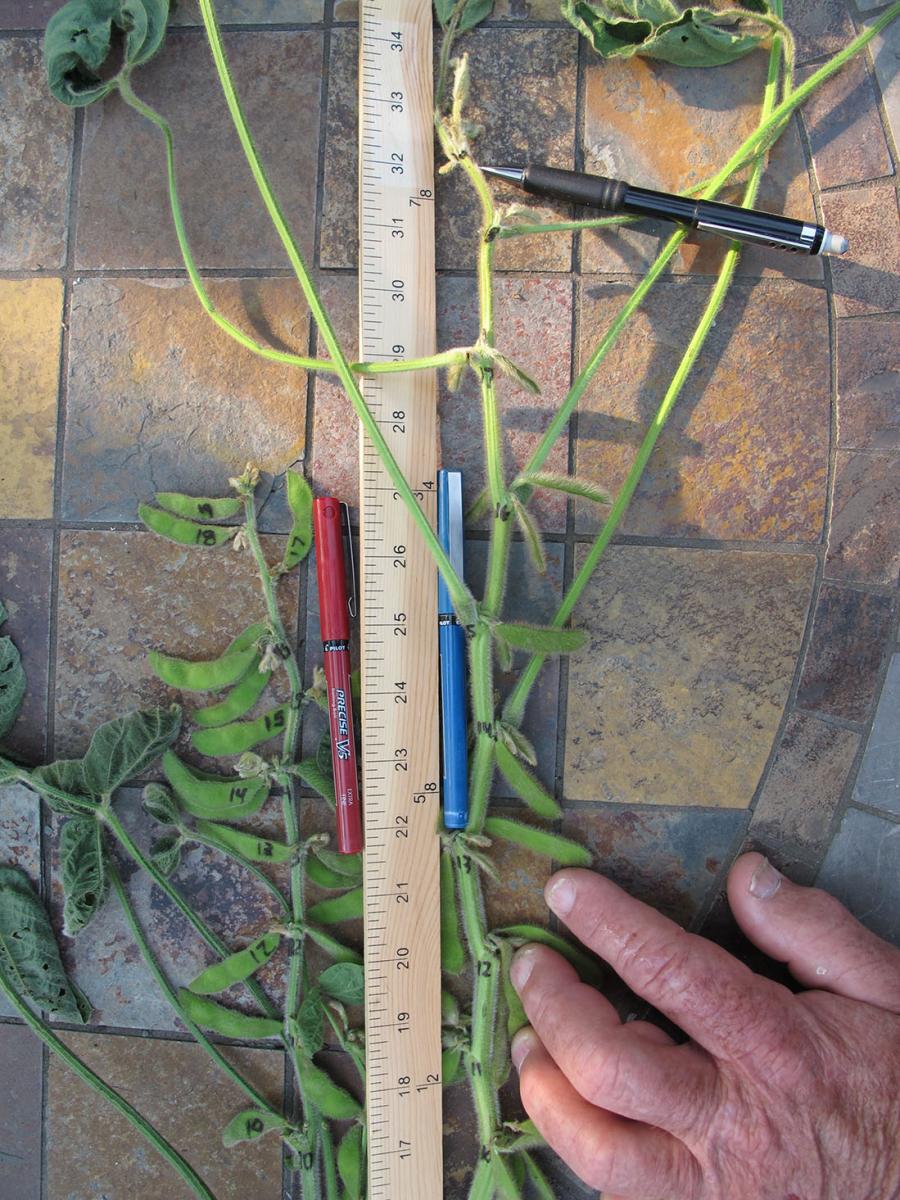 Figure 1: Two soybean varieties of the same maturity group and same genetics other than non-Xtend version (left) and Xtend (right). The non-Xtend variety was affected by off-target dicamba as indicated by leaf cupping and shortening of internodes. Notice both varieties accrued the same number of nodes despite the non-Xtend variety being shorter. This would indicate that as long as the apical meristem is not killed, soybean affected by off-target dicamba should still accrue nodes every 3.7 days. 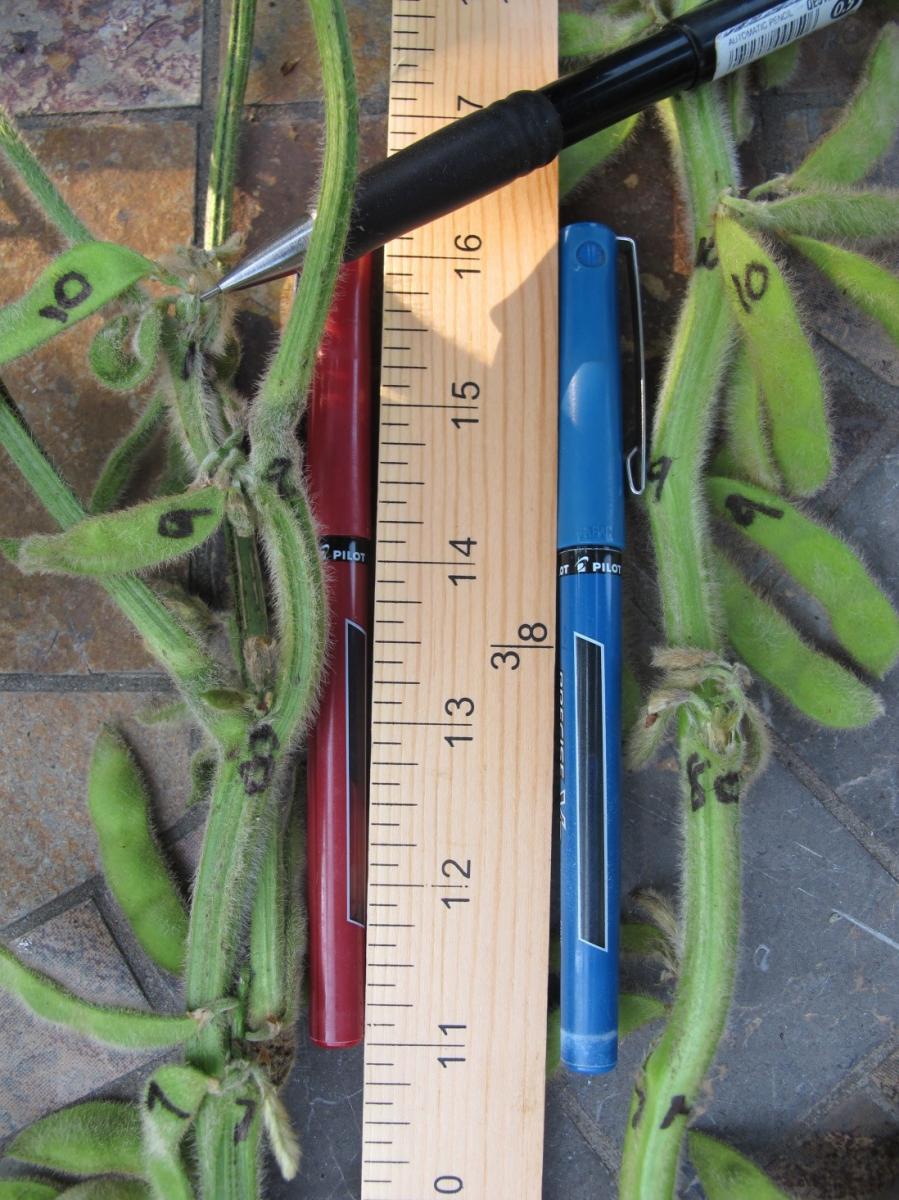 Figure 2: In this case, the off-target dicamba killed the main stem apical meristem tip of the affected non-Xtend variety (left, pencil point) before nodal leaflet primordia 11 could be created. The resultant loss of apical dominance triggered the development of branches at the lower main stem nodes zero to five (below photo bottom).

Please take this Nebraska Soybean Production and Dicamba Use Survey.